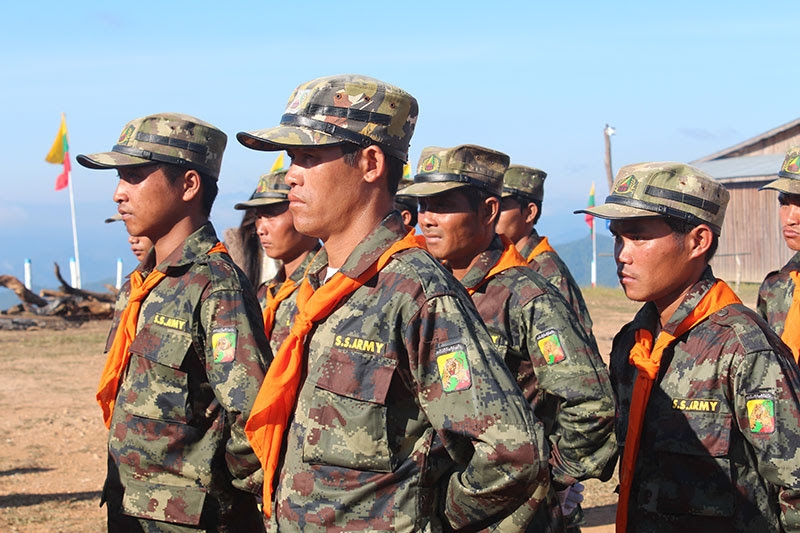 Twelve Myanmar Army troops and one Restoration Council of Shan State soldier have been killed in this week’s armed clashes in Mong Kung Township, according to separate reports from the organization and an aligned media outlet on Friday. An undisclosed number of RCSS troops have been injured, according to a spokesperson for the group.

Four days of fighting in Mong Kung have also forced hundreds of ethnic Shan to flee their villages, according to local sources.

The casualty figures were reported by both the RCSS and Tai Freedom, a local media organization under its control.

The RCSS also claimed to have seized some equipment from Myanmar military (or Tatmadaw) units, including a drone and artillery shield.