Eritrea: Ethiopia and Eritrea declare end to state of war 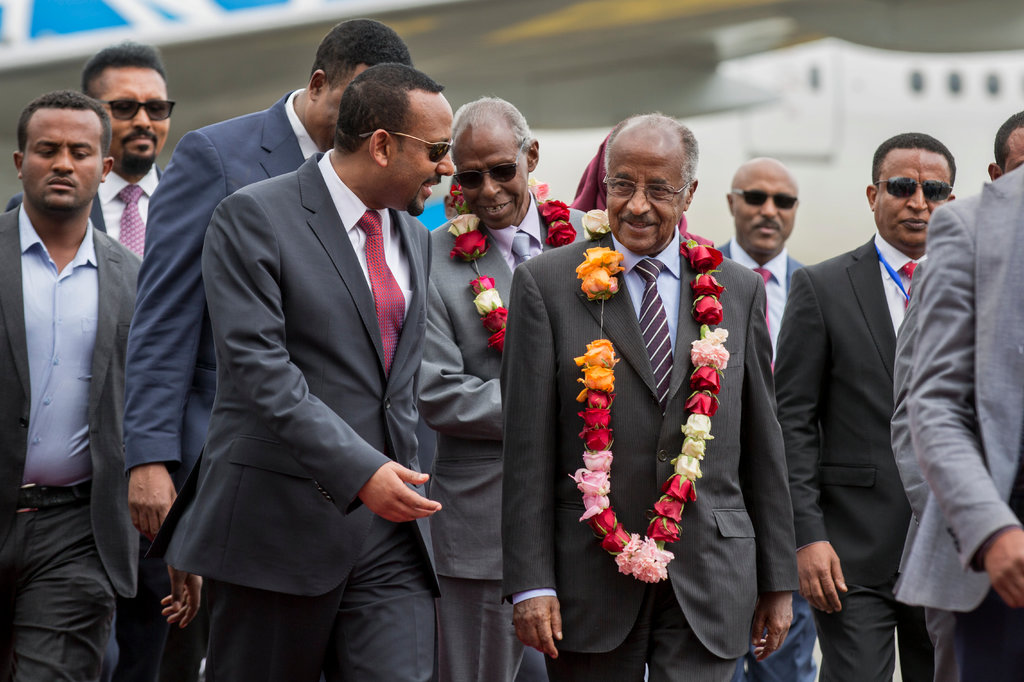 Ethiopia and Eritrea on Monday formally declared an end to their “state of war,” a two-decade-long standoff that followed a brutal war over their shared border.

The official end of hostilities is expected to bring some stability to a part of the world better known for its enduring conflicts, and to a region that abuts one of the busiest shipping lanes in the world even as war rages on in Yemen, just across the Red Sea.

The announcement came after Ethiopia’s prime minister, Abiy Ahmed, visited Eritrea’s capital, Asmara, on Sunday, where he embraced President Isaias Afwerki on an airport tarmac. The leaders said the countries would resume trade, economic and diplomatic ties, including reopening embassies and restarting flights.

“The state of war between Ethiopia and Eritrea has come to an end,” the leaders said in a joint declaration. “A new era of peace and friendship has been opened.”