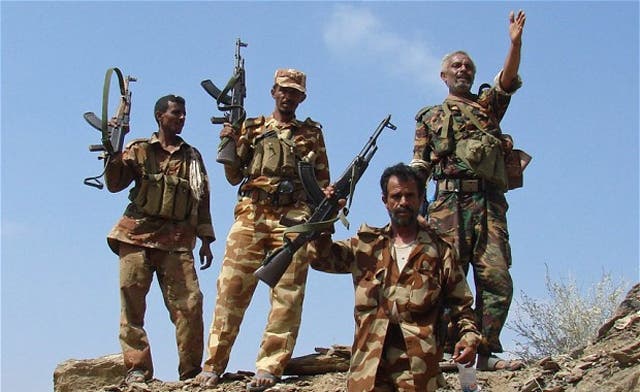 With the support of the UAE Armed Forces operating as part of the Saudi-led coalition in Yemen, the Yemeni National and Tihama Resistance Forces, and the Giants’ Brigades continued advancing towards the Al Jah area in the Bayt Al Faqih District, reaching within 50km of the strategic Hodeida port. This comes amid an unprecedented state of confusion, panic and collapse in Al Houthi militia defences and ranks, as a result of the surprise military operations.

The resistance forces found - during the combing and purging operations - very large quantities of weapons, ammunitions and military equipment and vehicles after the militia fled Al Mugris and the farms they were hiding in within the Tahita district.

The Iran-allied Houthis militias are losing ground as resistance forces make sweeping advances towards the city of Hodeida and its port.

The militants have suffered severe blows and heavy casualties in equipment and personnel, while dozens of their fighters have fled the battlegrounds.