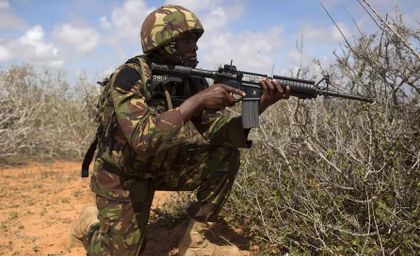 President Uhuru Kenyatta mourned the soldiers who were killed Sunday evening in an al-Shabaab attack in Dhobley, Somalia. Al-Shabaab claimed responsibility for the attack, saying it had killed and wounded 15 soldiers, according to the SITE Intelligence Group, which monitors extremist groups.

Kenyan troops are part of an African Union force bolstering Somalia’s weak government against an insurgency by the Somalia-based extremist group al-Shabaab.

Al-Shabaab has carried out numerous attacks on Kenya since October 2011, saying it is retribution for Kenya sending troops to fight the militants in Somalia.