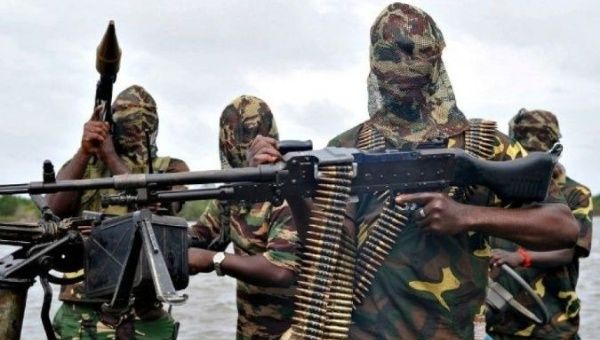 A clash between Boko Haram fighters and Nigerian troops have left more than a dozen dead.

“So far we have recovered 18 dead bodies from the two villages Bale Shuwa and Bale Kura,” State Emergency Management Agency’s Bello Dambatto told AFP. “The victims were killed while trying to escape the fight between the insurgents and the military.”

It remains unknown whether the bodies are those of villagers, extremists or soldiers. A BBC reports said another 83 sustained injuries during the attack.

Multiple blasts were heard in the area.

The deceased, according to the report, were caught during the exchange between the soldiers and the militants. The agency said more than two dozen Boko Haram militants launched an attack in the Northern region of the country on Sunday.