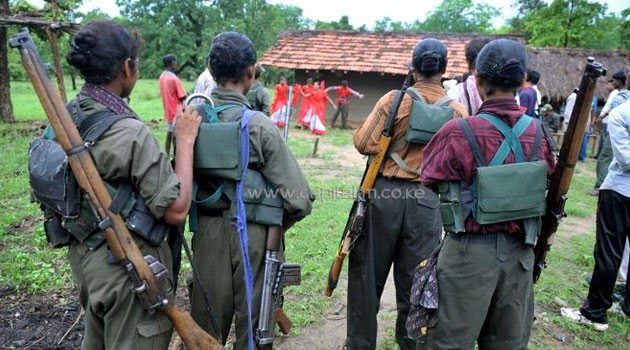 At least nine paramilitary soldiers were killed Tuesday in eastern India by a land mine placed by Maoist rebels who are active in the area, police said.

Police officer D.M. Awasthi said the soldiers were traveling between camps in the Sukma area of Chhattisgarh state when their vehicle drove over a land mine, resulting in an explosion. Two other soldiers were wounded in the blast.

The government says the insurgents, inspired by Chinese revolutionary leader Mao Zedong, are the country’s most serious internal security threat. The rebels control large swaths of area in central and eastern India and say they are fighting to obtain more jobs, land and wealth from natural resources for poor and indigenous communities.

The rebels, also known as Naxalites, have ambushed police, destroyed government offices and abducted government officials for more than four decades.They have blown up train tracks, attacked prisons to free their comrades and stolen weapons from police and paramilitary warehouses.