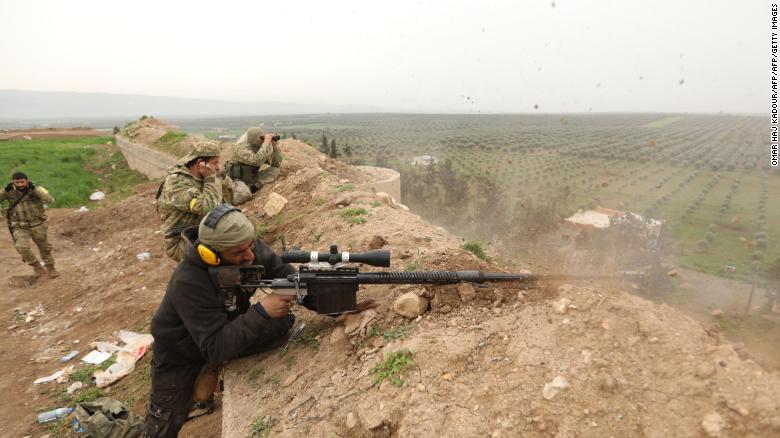 Turkish forces say they have encircled the Kurdish city of Afrin in northwestern Syria, according to Turkey’s state-run Anadolu Agency, marking a major milestone in a military offensive that began in January.

Turkey, a NATO ally, launched an operation targeting Kurdish groups — some of them backed by the United States — in Afrin province to clear the border area of militias it considers to be terrorist organizations.

Last week, Turkish President Recep Tayyip Erdogan said Turkish forces and allied Syrian rebels were poised to enter the center of Afrin — the focus of their military campaign — “at any moment.”

Turkish forces and their allies have seized “critically important areas,” according to a written statement Tuesday by the Turkish General Staff. The statement added that 3,393 militants have so far been “neutralized” — meaning either killed, surrendered or captured — since the start of the offensive.

Three Kurdish militias — the Kurdish Democratic Union Party, the People’s Protection Units and the Kurdistan Workers’ Party — have borne the brunt of the offensive.