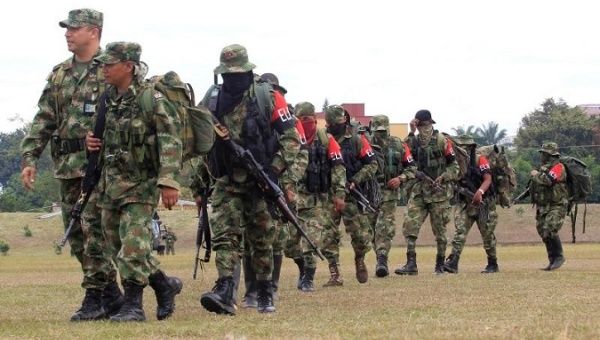 At least 10 guerrilla rebels from the National Liberation Army (ELN) were killed when the Colombian army bombed one of their camps in the department of Antioquia, local media reported Tuesday.

The attack resulted in the deaths of 10 guerilla fighters, including Cachaco, the leader of the ELN in Antioquia’s lower Cauca region. Three more ELN members were wounded during the operation, according to authorities, and were receiving medical attention and are currently under state custody.

The Ministry of Defense said the ELN camp was responsible for the displacement of hundreds of people in the lower Cauca region, and for attacks against electric towers in Cordoba.

The military operation took place in the early morning of Tuesday, after they were able to locate Cachaco thanks to confidential information followed up by Colombian intelligence.