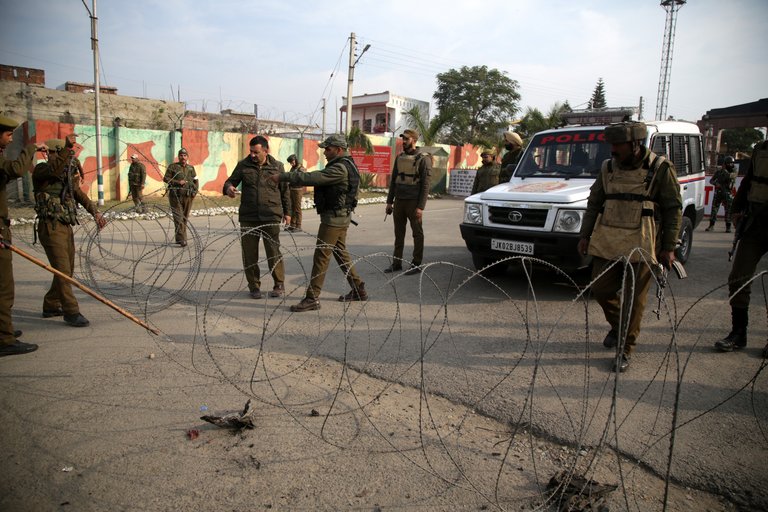 A brazen weekend attack by heavily armed militants who stormed an Indian Army base in the Jammu region killed at least five soldiers and a civilian, army officials said on Sunday.

It was one of the deadliest attacks on the army in recent years, and Indian officials quickly blamed a Pakistan-based militant group.

The target of the attack early Saturday was the sprawling base of the army’s 36th Brigade, which houses more than 3,500 troops, including those of the Jammu and Kashmir Light Infantry.

Indian officials said the Pakistan-based militant group Jaish-e-Muhammad, led by Maulana Masood Azhar, was behind the attack. The group has carried out similar attacks in the Indian-administrated portion of Kashmir, particularly along the Line of Control that divides Kashmir into two parts, held by India and Pakistan.