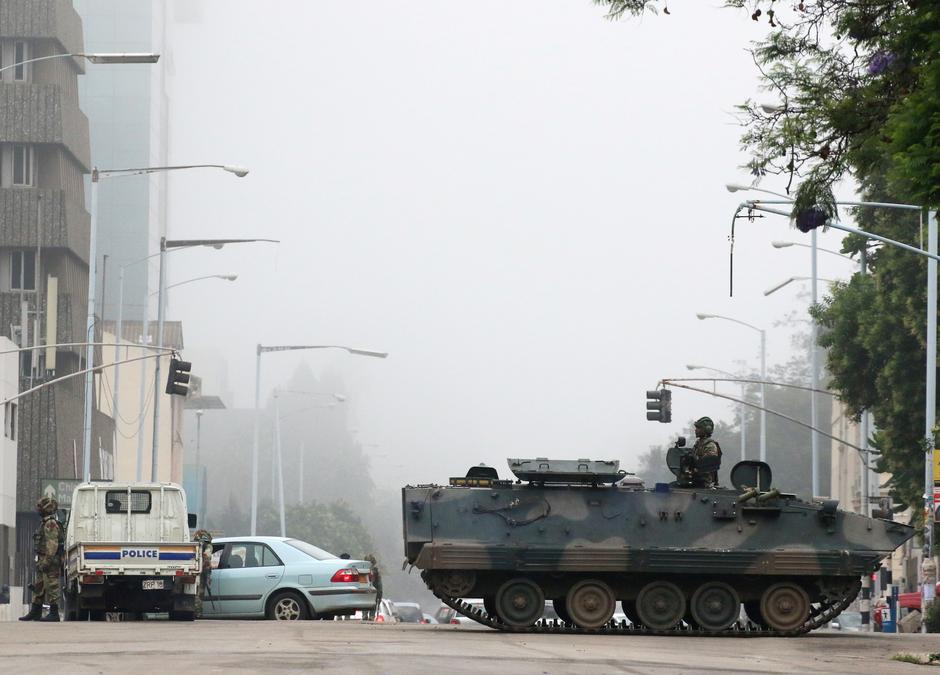 Zimbabwe’s military seized power on Wednesday saying it was holding President Robert Mugabe and his family safe while targeting “criminals” in the entourage of the man who has ruled the nation since independence 37 years ago.

Soldiers seized the state broadcaster and a general appeared on television to announce the takeover. Armoured vehicles blocked roads to the main government offices, parliament and the courts in central Harare, while taxis ferried commuters to work nearby. The atmosphere in the capital remained calm.

In his first contact with the outside world since the takeover, Mugabe spoke by telephone to the president of South Africa, Jacob Zuma, and told him he was confined to his home but fine, the South African presidency said in a statement.

It was not clear whether the apparent military coup would bring a formal end to the 93-year-old Mugabe’s rule.