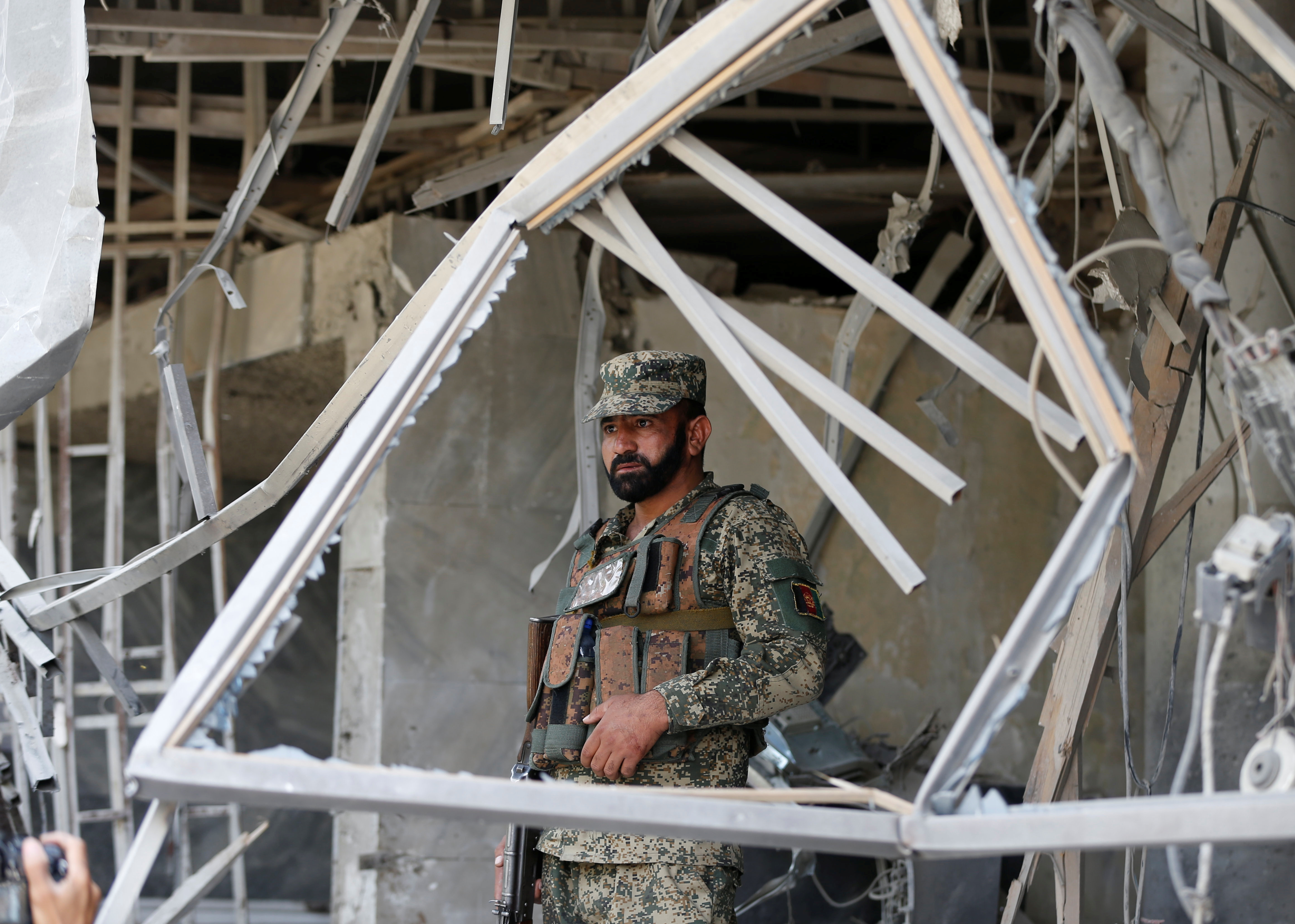 A suicide bombing in a busy commercial area in Kabul near a string of banks and not far from the U.S. Embassy killed at least five people on Tuesday, Afghan officials said. The Taliban claimed responsibility for the attack.

Elsewhere, at least 13 civilians were killed in an overnight airstrike by the Afghan air force that targeted the Taliban in western Herat province.

In the Kabul attack, the explosion likely targeted a branch of the privately owned Kabul Bank, according to Basir Mujahid, spokesman for the Kabul police chief. The U.S. Embassy compound is located about 500 meters (yards) down the road from the bank.

At the site of the blast, debris and twisted metal lay scattered on the pavement. The front side of the bank was completely shattered and there was much damage to the fronts of several adjacent businesses. A charred motorcycle with its parts mangled lay on the street.