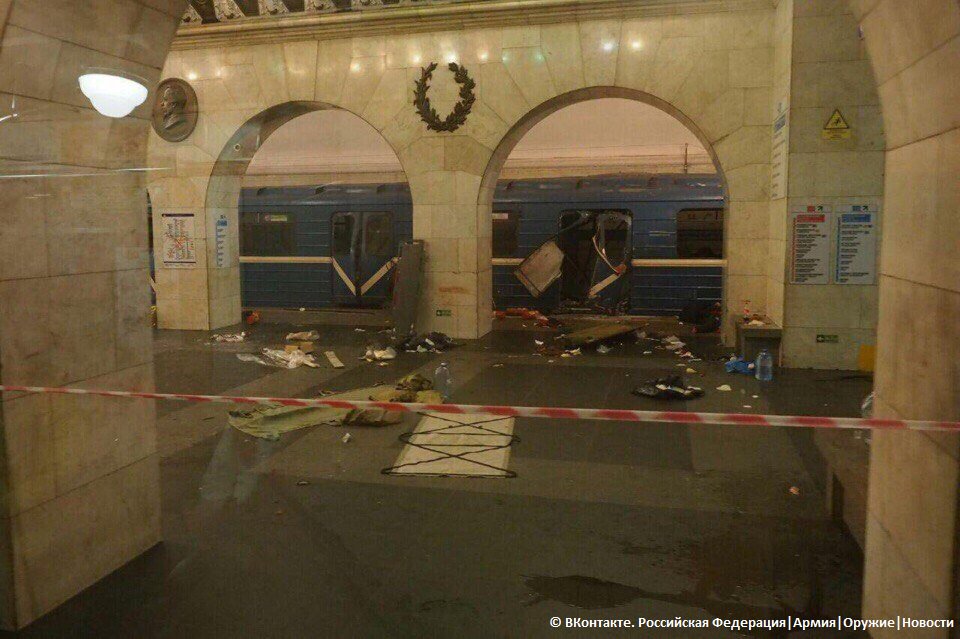 Russia blamed terrorists for an explosion on Monday that killed at least 10 people in a subway train in St. Petersburg, the country’s second-largest city and the hometown of President Vladimir Putin, who was visiting at the time.

There was no indication that Putin, who was in St. Petersburg for talks with Belarusian President Alexander G. Lukashenko, was anywhere near the underground blast, which injured at least 47 people in addition to the dead.

The president was quoted by Russian news agencies as saying that officials were “considering all versions” of what might have caused the explosion, but Alexander Kurennoi of the General Prosecutor’s Office later said in televised remarks that it was a terrorist attack.

Russia has endured numerous acts of terrorism in recent years, including twin bombings on the Moscow subway system in 2010 that killed 40 people and wounded at least 100 in 2010.