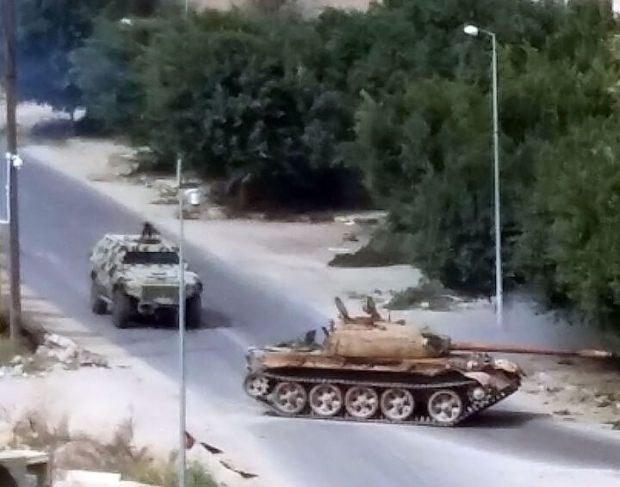 Conflicting news reported Friday afternoon that about 10 people from both sides of the clashes in Abu Salim, downtown Tripoli have been killed and several others were injured.

The clashes between Ghaniwa and Burki armed forces that are positioned in Abu Salim district continued on Friday with heavy and medium weapons used to shell randomly densely populated neighbourhoods.

Civilians have been seen fleeing the district of Abu Salim in Tripoli after hours of clashes that started late on Thursday.

Shops, houses and other private properties have been caught in fire by random shelling from both sides.