Egypt: 8 civilians killed in Sinai in clashes between army and ISIS terrorists 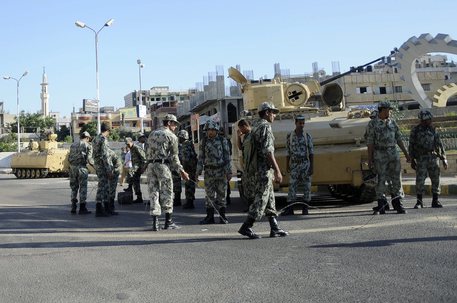 “Eight civilians were killed by the fall for a mortar shell on thei home during clashes between egyptian army” and islamic terrorists allied with Isis “in south of Rafah”, in Sinai.

In clashes have been also killed 12 terrorists of “Ansar Beit el-Maqdes” group, specify the sources referring to the formation called “Welayet Sinai” (State” or “Sinai Province) as part of an alliance with Isis.