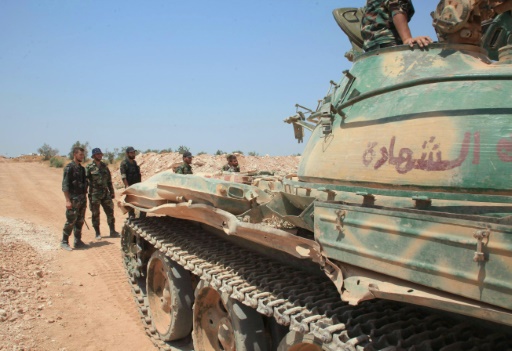 The Syrian Observatory for Human Rights said at least 20 regime forces and 19 rebels from the Army of Conquest alliance had been killed in 24 hours of clashes in Hama province’s Sahl al-Ghab region.

The area borders Latakia province, a bastion of support for Assad and home to his ancestral village.

Earlier this week, the rebel alliance, which includes Al-Qaeda affiliate Al-Nusra Front, began a major offensive in the area, taking around 17 strategic hilltops and other positions, including a power plant.