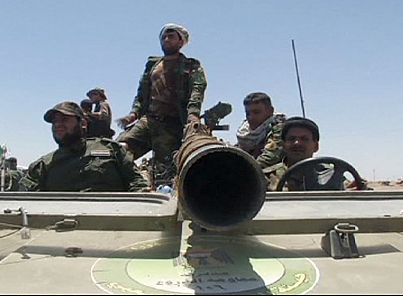 More Shiite militiamen arrived in Iraq’s Anbar province on Friday hoping to recapture the cities of Ramadi and Fallujah from the Islamic State militant group.

But the Iranian-backed fighters have warned Washington against sending extra resources saying coalition assistance only hurts their efforts to tackle the jihadists.

The US announce plans to send an additional 450 trainers to an airbase in eastern Anbar province. The nearby city of Fallujah has been under ISIL control for over a year.