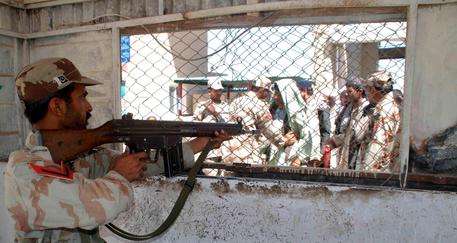 At least 19 presumed militants, between them five commanders, have been killed yesterday evening during clashes with security forces along pak-afghan border.