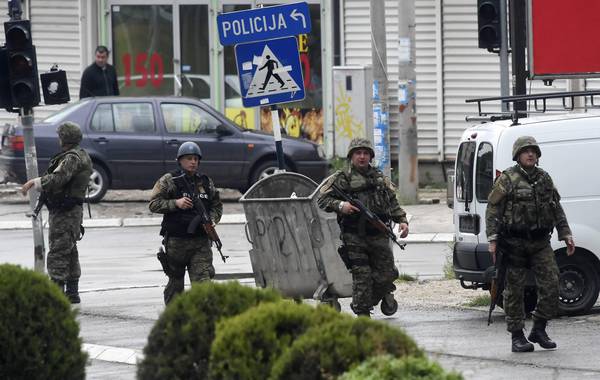 Conflict between police and a group of armed men at outskirts of Kumanovo (north of Macedonia) is ended with the killing of ‘terrorists’. Interior minister spokesperson Ivo Kotevski reported it at Skopje

Police has told to have found bodies of 14 terrorists in uniform and it is working to identify them. It has found a big arsenal even. Kotevski confirmed the death of eight policemen in two days.

Albanian guerrilla groups would be responsible for armed attack. In a statement released by media in Skopje these groups, between them Uck (Kosovo Liberation Army) who fought against Serbia forces at the end of nineties, affirm that it has started the process of establishment of ‘Ilyria Republic’.