Democratic Republic of the Congo: Democratic Forces for the Liberation of Rwanda (FDLR) rebels melt into forest in face of army offensive 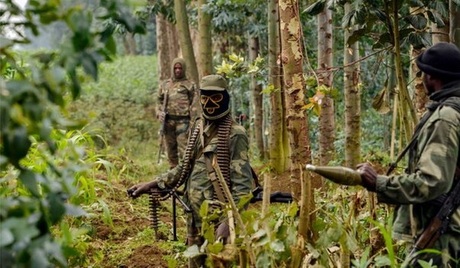 A Congolese army offensive against Rwandan Hutu rebels may be advancing rapidly, but many fear it is failing in its main objective of disarming them as the fighters melt away into the forest.

The violent resistance initially put up by the Democratic Forces for the Liberation of Rwanda (FDLR) in its strongholds in the eastern Democratic Republic of Congo has given way to retreat, with the guerillas avoiding clashes with the army.

“It is a war without battles,” a source involved in the operation told Agence France-Presse, saying FDLR militants seemed to have only fought when the operation began in late February to buy time for their families to flee.

The tactical retreat is confounding the army’s goal of disarming the fighters who have been blamed for killings, rapes, looting and the forcible enlistment of children in the two decades since they were chased out of neighboring Rwanda following the 1994 genocide.