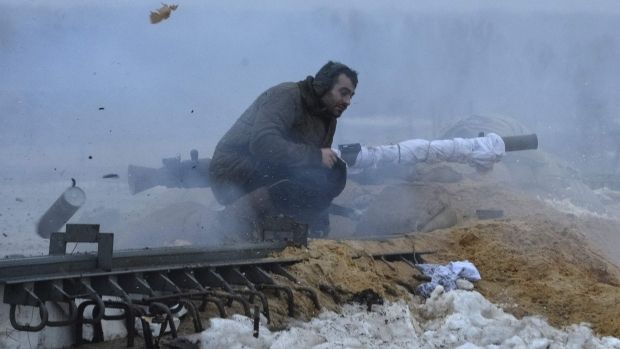 Russian-backed militants are continuing to shell the village of Pisky near Donetsk airport with mortars, the press office of the government’s Anti-Terrorist Operation headquarters wrote on Facebook on Tuesday.

Overnight the militants attacked the settlements of Nevelske and Vodiane with Grad multiple rocket launcher systems, and shelled the villages of Krasnogorovka and Pisky using mortars, the press office said.

“The militants’ attack on the village Tonenke continued almost without a break – [the village] was hit by four artillery strikes. Attacks were also launched on Pisky, Vodiane and Nevelske, the latter settlements being attacked with mortars,” it said.