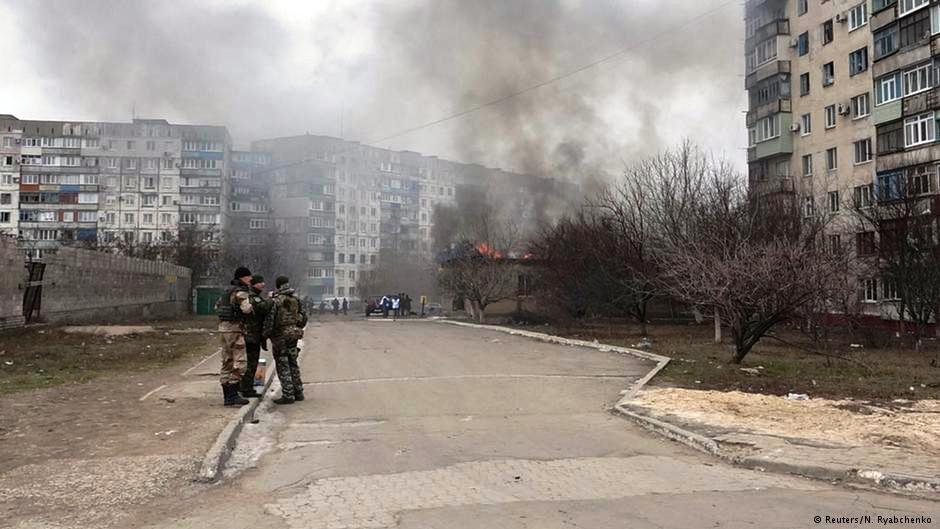 About 30 people have been killed in the eastern Ukrainian city of Mariupol as fighting escalated to the worst level in months. Pro-Russia separatists had announced they were launching an offensive on the strategic city.

The death toll from rocket fire attacks in eastern Ukraine climbed on Saturday, with an estimated 30 people killed and dozens more wounded in a residential area of the city of Mariupol.

The walls were shaking, the window frames were shaking, paint started to crumble off the house. I hid in the basement. What can you do I took the dog and the cat. In the basement you can hear the earth tremble, 76-year-old pensioner Leonid Vasilenko told Reuters news agency by telephone from the eastern suburbs of Mariupol.

While authorities in Mariupol have blamed the separatists for the attack, the separatist leaders denied responsibility. They had, however, announced they would move towards taking over the strategically important city, which is controlled by the Kyiv-based Ukrainian government.