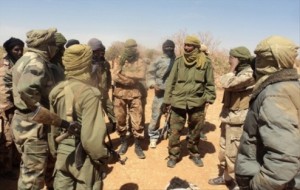 Al-Qaeda in the Islamic Maghreb (AQIM), the African branch of the lethal terrorist group, warned France on Monday to expect new attacks over its “hostility to Islam”, and praised jihadists behind last week’s Paris attacks.

“France is paying today the price of its aggression against Muslims and its hostile policy towards Islam,” AQIM said in a statement posted on jihadist websites and quoted by AFP.

“As long as its soldiers occupy countries such as Mali and Central Africa and bombard our people in Syria and Iraq, and as long as its stupid media continues to undermine our prophet (Mohammed), France will expose itself to the worst,” it threatened.