Somalia: Fights between peacekeepers of African Union (AU) and al-Shabaab in Mogadishu kill 21 people and 25 fighters, scores of injured 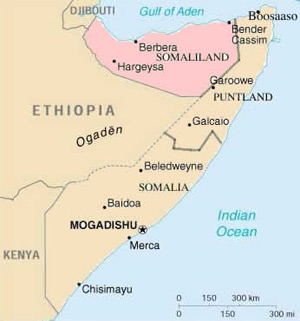 At least 21 people have been killed and scores of others injured in a series of street battles in Mogadishu, the capital of Somalia, sources say.

Ba-Hoku Baridgye, a spokesman for the AU mission, said one of its soldiers had died in the fighting, while they killed about 25 Somali fighters.

“We killed around 25 Islamist fighters in Hodan and Holwadag districts today and we lost one soldier while two others were injured,” he told AFP.