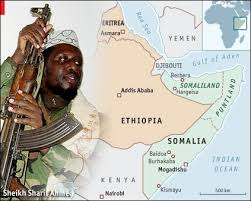 The forces will try to capture key towns including the port of Kismayo, which is believed to generate a substantial amount of revenue for the insurgency, Prime Minister Omar Abdirashid Ali Sharmarke told reporters in the Somali capital of Mogadishu.

Kenya has a force of 2,000 Somali refugees stationed in northern Kenya, and Ethiopia trained a force of 1,000 fighters under a German-funded program.

“Those forces have now completed their training and we are expecting them to come back and really now open a different front,” Sharmarke said. “Unless you open different fronts you’re not going to end this war.”