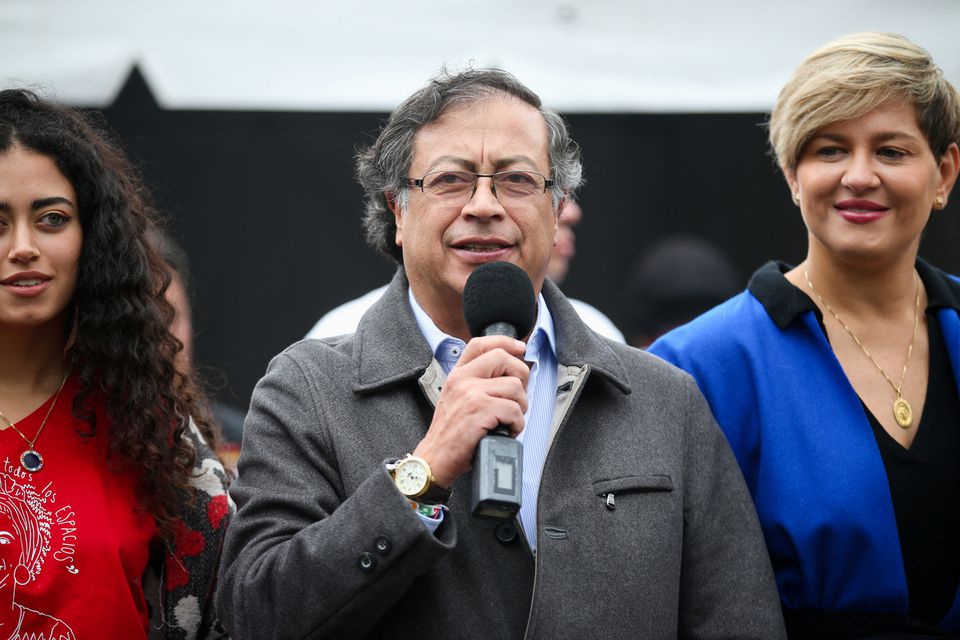 Colombian leftist guerrilla group the National Liberation Army (ELN) is open to advancing peace talks with the incoming government of President-elect Gustavo Petro, it said on Monday, and called for reforms to tackle social exclusion and inequality.

Leftist Petro and his vice president-elect, Francia Marquez, won 50.4% of the vote in Sunday’s election

“The ELN remains active in its fight and political and military resistance, but also its disposition to advance in a peace process to further talks which started in Quito in February 2017,” the ELN said in a statement.

Petro, who takes office on Aug. 7, has pledged to fully implement the 2016 peace deal with the former Revolutionary Armed Forces of Colombia (FARC) guerrilla group and to seek talks with the still-active ELN rebels.