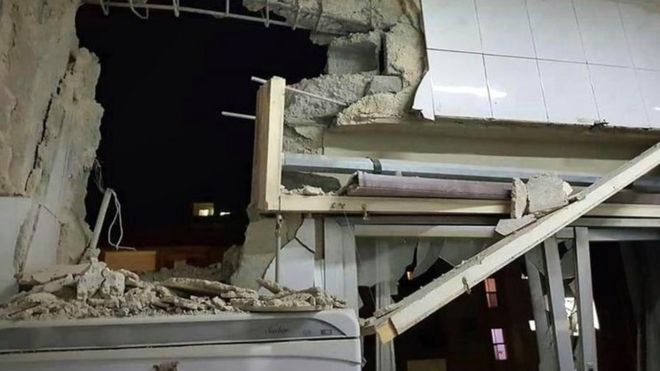 Israel says it has hit dozens of targets in Syria belonging to the government and allied Iranian forces.

The Israeli military says the “wide-scale strikes” responded to rockets fired by an Iranian unit into Israel.

Syria says two civilians died and that Syrian air defences shot down most of the missiles over Damascus. Other reports say the death toll was higher.

Local reports said loud explosions were heard in the capital. Pictures on social media showed a number of fires.