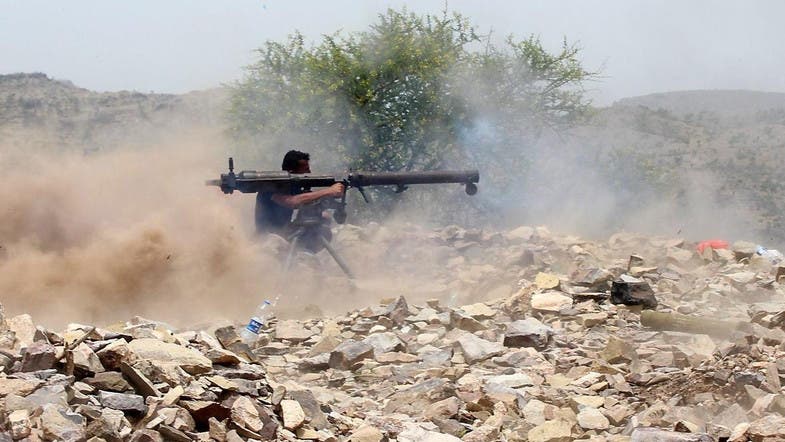 Yemeni military sources said on Friday that around 25 Houthis have been killed in intense fighting between Yemeni national army and the Houthi militias in al-Maslub district west of al-Jawf governorate.

The source said that the Houthi militants were killed in different areas of the district when the national army advanced in the governorate.

He added that most of the Houthi wore civilian clothes during clashes with the military to trick the army into not staging any military advances in the district in the pretense that there are only civilians in the area.

The Yemeni military source said that a number of Houthis fled leaving behind those killed and weapons confiscated by the army.

On Thursday military sources reported that the Yemeni national army, supported by the Arab coalition, seized control over the international road between Saada and Saudi Arabia.