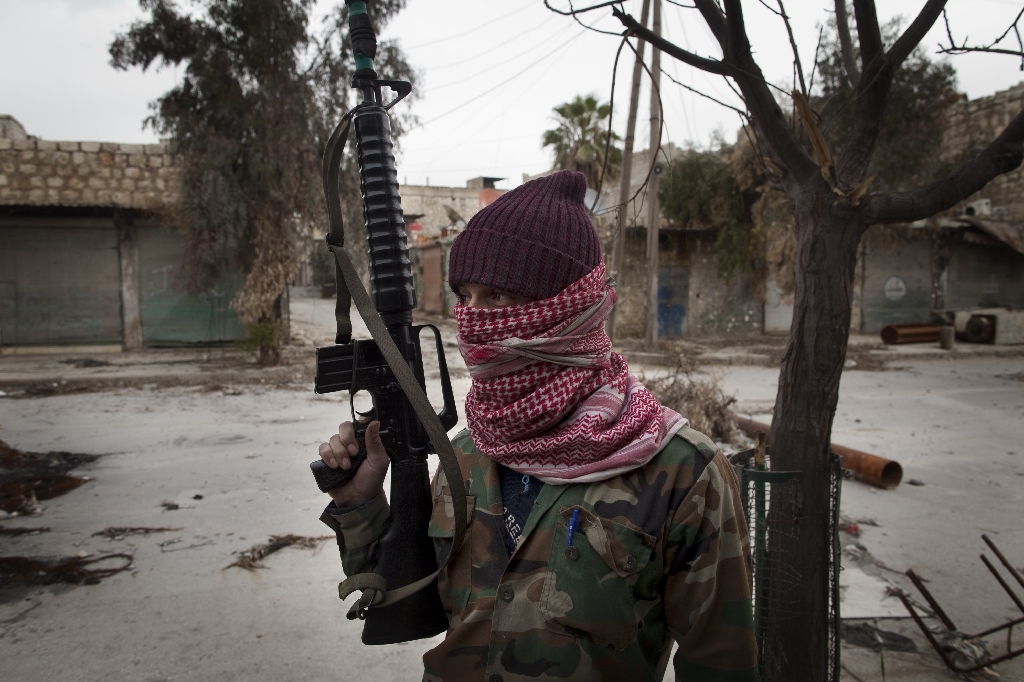 Syrian Turkmen rebel fighters have seized three villages from the Islamic State group near the Turkish border in clashes that killed 13 from the ethnic minority, a monitor said Saturday.

“This is the first time that Turkmen fighters have led the battle against IS in the area, and that comes after they received support from Turkey,” said Rami Abdel Rahman, director of the Syrian Observatory for Human Rights monitor.

He did not provide details on the alleged assistance.

The Britain-based group said the 13 fighters killed since Friday were members of the Sultan Murad Brigades, made up of Turkmen fighters, battling IS in the northern province of Aleppo.

The clashes were centred on a region to the east of Azaz, a town on the Turkish border, that is home to many of Syria’s Turkmen minority, it said.