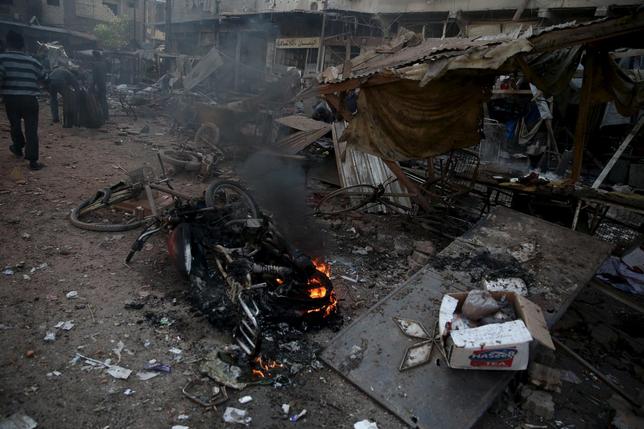 The Syrian army regained control of a road southeast of Aleppo on Wednesday, taking back the government’s only supply route into the city from Islamic State fighters who had seized it last month.

State TV said army forces took full control of the road which runs from Aleppo through the towns of Khanaser and Ithriya and links up with the cities of Hama and Homs further south. The Syrian Observatory for Human Rights monitoring group confirmed the report.

The road is the army’s supply route to government-held western parts of Aleppo, home to around 2 million people.

State TV rolled live footage of the road being reopened. Cheering Syrian soldiers crowded around a reporter who declared: “The buses did not wait until tomorrow morning” to begin using the road again, as a handful of vehicles drove behind them.