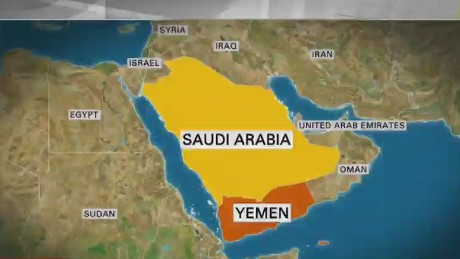 Saudi forces on Monday targeted Yemeni Houthi militiamen across the border after the fighters fired at an army outpost.

The fighting comes as a Saudi-led Arab coalition resumed air strikes on the Iranian-allied Houthi militia positions in and around the southern Yemeni city of Aden overnight after a five-day humanitarian truce expired on Sunday.

Bombings struck the rebel-held presidential palace in Aden, groups of militiamen on the western and eastern approaches to the city as well as the international airport where Houthis and local fighters have been clashing, said residents.