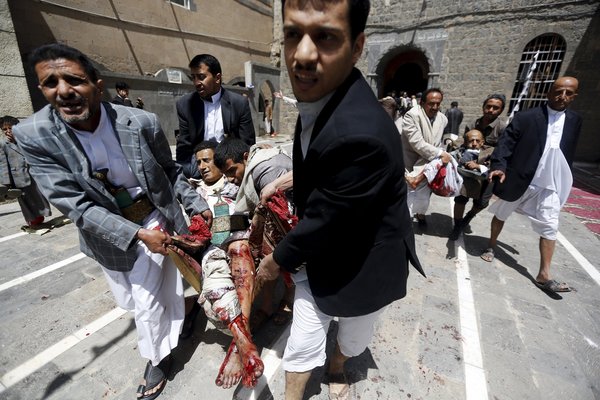 An affiliate of the Islamic State that had not previously carried out any major attacks claimed responsibility for coordinated suicide strikes on Zaydi Shiite mosques here that killed more than 130 people during Friday Prayer, bringing to Yemen the kind of deadly sectarian fighting that has ripped apart Syria and Iraq.

The bombings, apparently carried out by Sunni extremists against Shiite places of worship, threatened to propel the conflict toward the kind of unrestrained sectarian bloodletting that Yemen had so far avoided.

It also showed how drastically the situation had deteriorated in Yemen after Houthi rebels seized power, galvanizing Sunni militants who opposed them at a time when Washington’s ability to conduct counterterrorism operations was greatly reduced.