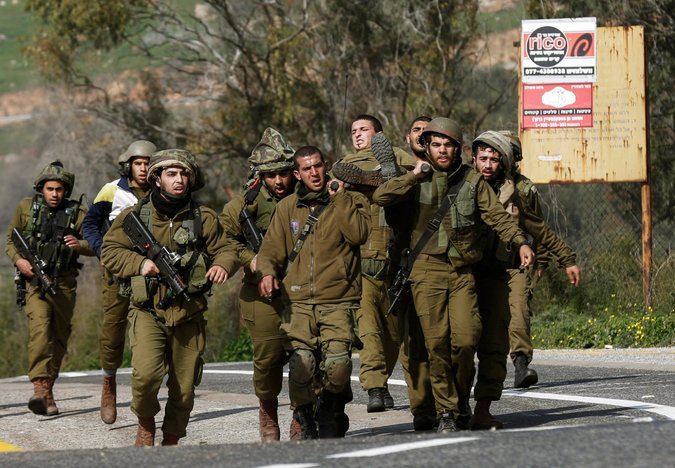 An Israeli military vehicle was hit by an antitank missile in a disputed area along the Lebanese border on Wednesday, according to the Israeli military, and initial reports said that up to nine soldiers were wounded, many of them seriously.

Hezbollah claimed responsibility for the attack, saying in a statement that its Quneitra Martyrs Brigade carried it out at 11:35 a.m.

The attack Wednesday was the latest in a string of recent events along Israel’s northern frontiers that have sharply escalated tensions between Israel and Hezbollah in Lebanon, and that have raised the risk of broader confrontation.