Winds of war between Israel and Lebanon, 5 killed in northern border clashes 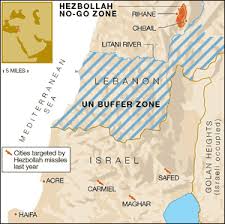 One IDF soldier was killed and another critcially wounded during an exchange of fire with Lebanese forces on the northern border on Tuesday. Netanya-resident Lt.-Col. Dov Harari, 45, a reserves battalion commander, died in the clashes. Captain Ezra Lakia, from the village of Harif, was said to be critically injured.

On the Lebanese side at least four were killed, three soldiers and one journalist, according to a Lebanese security official.